The high-molecular-drug-mounting technology, EXPLOR®, enables the attachment to or detachment from the exome's inner membrane: The lead pipeline is in development for therapeutic agents targeting a 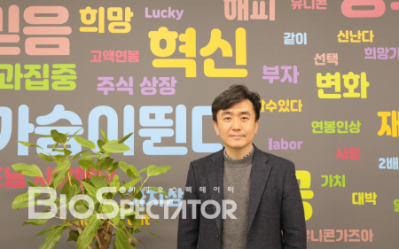 President Choi Chulhee of ILIAS Biologics Inc. stated, “We have secured the technology enabling us to mount a high-molecular protein drug inside the exosome.” The exosome is endoplasmic reticulum 20-200 nm in size that is secreted from cells and plays the roles of mounting and transferring diverse kinds of bioactive molecules, including proteins, lipids, and nucleic acids. It plays the important role of intercellular communication in many pathological environments.

In July 2020, ILIAS Biologics Inc. registered its U.S. patent for EXPLOR® (EXosome engineering for Protein Loading via Optically Reversible protein-protein interactions), the key platform technology capable of mounting high-molecular protein drugs onto the exosome. EXPLOR® technology differs from conventional technologies in that it uses light to mount the protein drug onto inner membrane of the exosome, enabling the drug to be attached to or detached from the membrane.

The conventional method of transferring high-molecular drugs, such as antibodies, by anchoring the payload on the exosome made it difficult to transfer the drug to various intracellular micro-organs because it was fixed on the inner membrane of the exosome. EXPLOR® technology enables the transfer of high-molecular drugs to intracellular organelles or to the inside of cell nucleus, and to the “undruggable targets,” that couldn't be reached with existing technology.

President Choi stated, “Using EXPLOR® technology, we have identified the size of proteins that can be mounted as up to 150 kDa, with most exerting therapeutic effect at 100 kDa, while that of antibodies is approximately 60 kDa.”

ILIAS Biologics Inc. used the CRE-loxP system to check the delivery of the exosome to the targeted organ. CRE recombinase recognizes and cuts the DNA pieces–34-sequence listings referred to as LoxP–by which the gene expression can be manipulated under specified conditions. President Choi stated, “The delivery of the drug, mounted on the exosome, can be identified positively.”

ILIAS Biologics Inc. conducted the co-research of conceptual verification (PoC) for the development of a therapeutic agent for preterm birth with the research team of University of Texas, where the delivery of the exosome between mother and fetus through the placental barrier was examined. 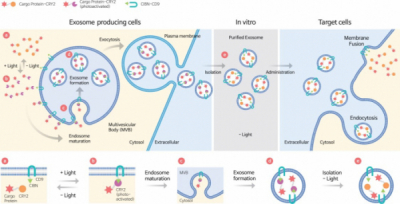