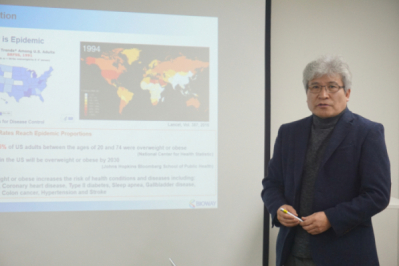 One of BIOWAY’s representative pipeline drugs is a therapeutic treatment for hematological cancer that targets PI3K-δ among PI3K, which all big global pharmaceutical companies have so far failed. Phosphatidylinositide 3-kinase (PI3K) is an enzyme that regulates intracellular signal transduction, as well as various functions that include cell growth and survival, proliferation, differentiation, and migration. PI3K is known to be involved in the survival, proliferation, and metastasis of cancer cells through increased expression of malignant tumors. CEO Kim Jong Woo said, “PI3K exists in four isoforms of α, β, γ, and δ, and among them, PI3K-δ is expressed at a very high concentration in the event of blood cancer.”

R&D efforts on PI3K-δ inhibition anticancer drug started in earnest in 2010 when the structure of the target was discovered. In 2014, the US Food and Drug Administration (FDA) approved Gilead’s Zydelic (Idelalisib) as the first treatment of chronic lymphocytic leukemia to use PI3K-δ inhibition mechanism. However, Idelalisib, which was once recognized as an innovative new drug, is faced with toxic side-effects, due to the occurrence of clinical deaths.

Bioway adopted the strategy of making another backbone by transforming the chemical structures of the Idelalisib while maintaining structural similarity to secure low-molecular compounds, which have a lower level of toxicity, but a higher level of effectiveness. Bioway analyzed more than 4,000 articles related to patents about PI3K, and about 40,000 items of substance data. In addition, through the Date-driven drug design (DDDD) system it has identified strong Best-in-Class candidates based on data related to Structure-Activity Relationship (SAR), drug efficacy, toxicity and pharmacokinetics.

Bioway received much attention at the American Cancer Society (AACR) in 2018 when it released the preclinical data of BW101 and BW108, the leading candidates among a large number of substances discovered through this process. The preclinical trial was conducted through Envigo, a CRO organization in the UK.

According to the data, BW101 and BW108 have IC50 values of 0.5 and 0.09 nM, respectively, which can inhibit PI3K-δ by more than 50 %. The IC50 concentration of Idelalisib is 1.39 nM. “BW101 and BW108 were found to show very good binding specificity for δ among the isotypes of PI3K”, the company said. Thanks to selective binding to the targeted PI3K-δ, the risk of side-effects is reduced. The experimental results show that Idelalisib has 2 to 5 times higher selectivity than its competing drugs.

Cell and animal experiments related to leukemia and lymphoma were also conducted. According to the results of the cell experiment, the activity of apoptotic proteins, such as Caspase 3, Caspase 9, and PARP, was increased, and more apoptosis was observed, than in the group administered with the same dose of Idelalisib. In the animal model, Idelalisib showed a remarkably high level of in vivo tumor growth inhibition.

Bioway is preparing Phase 1 clinical trial of BW101 for an indication of chronic lymphocytic leukemia. CEO Kim said, “The development of the next pipeline after BW101, which out of the six candidate substances secured for therapeutics for blood cancer treatment is ready for entry into Phase 1 clinical trial, is proceeding smoothly.” Bioway is now discussing the transfer of technology with global pharmaceutical companies based on preclinical data. The company said, “We are going to verify the proof of concept (POC), and are considering technology transfer within a short period of time by conducting a small-scale Sponsor-Investigator trial on the efficacy found by the preclinical trial.”

CEO Kim has long experience and in-depth knowhow in the field of liver diseases, including the joint development of a candidate substance for the treatment of hepatitis C with Israel’s Biotech in the late 2000s, technology transfer to domestic pharmaceutical companies, and his public service as the director of the liver disease research and planning committee under the Ministry of Trade, Industry and Energy. This explains why Bioway has selected the treatment for non-alcoholic fatty liver disease (NAFLD) and non-alcoholic steatohepatitis (NASH) as the second pipeline.

Bioway has paid attention to the fact that there are many natural products with multiple functions, and has screened various natural substances, and synthesized the selected substances into new single compounds. Bioway focused on three areas: whether this substance can oxidize the already formed liver fat, whether it can inhibit the newly formed fat, and whether it can actually act as a regulatory gene in performing these two functions. As a result, the company discovered the candidate substance ‘BWL’.

BWL is a dual-functional substance that activates SIRT1 and inhibits CK2α at the same time. SIRT1 is a regulator that plays an important role in metabolism and energy regulation, and when SIRT1 is activated in the liver, both inflammation and lipogenesis are reduced. As the function of SIRT1 is inhibited by CK2α (casein kinase 2α), BWL further promotes the activity of SIRT1 by inhibiting the expression of CK2α. 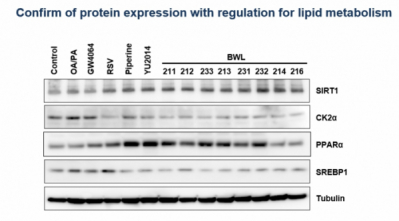 The company plans to develop new drugs in the pipeline for the treatment of fatty liver as its long-term growth engine to become a global company. CEO Kim said, “Even though we are transferring our technology to a big pharma company, we will continue to remain as a strategic partner for joint development, in order to accumulate experience.”

“I have visited Ono Pharmaceutical Co., Ltd. in Japan, which developed Opdivo. Ono Pharmaceutical Co., Ltd., which was once a small- and mid-sized pharmaceutical company, but has always been strongly committed to developing innovative new drugs, has grown to become one of the most preferred companies in Japan. Their efforts resulted in the development of the immuno-oncologic agent ‘Opdivo’. Bioway intends to grow into a global company, based on its strong will to develop innovative new drugs”, he added.