Establishment of subsidiary companies specialized based on clinical assets: Neuraly will conduct phase 2 clinical trial on NLY01 for Parkinson’s in the third quarter, while Theraly is developing TLY01 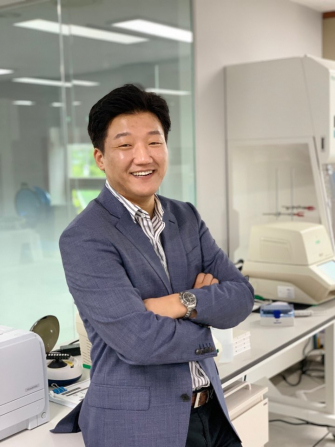 “D&D Pharmatech is established by researchers with a career of more than 20 years to manufacture an item with the highest chances of success. This single project is being accomplished by bringing together experts and clinical staff from various fields.”

“D&D Pharmatech has a unique structure that accelerates research and development through its three subsidiaries in the US: Neuraly, Theraly, and Precision Molecular. Each subsidiary is participated by researchers of Johns Hopkins University School of Medicine as cofounders or investors.”

Prof. Lee Seul-Ki of Johns Hopkins University School of Medicine, the largest shareholder and CEO of Neuraly, and CEO Lim Sung-Mook of D&D Pharmatech, were recently interviewed by Biospectator at the ‘BIO 2019’ venue in Philadelphia, U.S., and at the headquarters in Pangyo in Sengnam City, respectively.

NLY01, D&D Pharmatech’s most advanced pipeline, is being developed by Neuraly as a treatment for degenerative brain diseases. NLY01 is now in the completion stage of phase 1 clinical trial, and is expected to enter phase 2 clinical trial this year on indications for Parkinson’s disease. In addition, ‘TLY012’, a fibrosis-inhibiting mechanism that is being developed by Theraly, is to enter phase 1 clinical trial. Meanwhile, Precision Molecular is conducting clinical development of ‘PMI03’, an image biomarker that can be used to diagnose central nervous system diseases and cancer.

Prof. Lee said, “The advantages of our company are to possess many patents, and have manpower that consists of prominent researchers. More professors and researchers of Johns Hopkins University School of Medicine will join our company.” D&D Pharmatech is planning to set up its headquarters in the U.S. to facilitate the clinal development and research of its subsidiary companies.

◇ NLY01 targets Microglia for anti-neuroinflammation treatment with multi-action against degenerative brain diseases, such as Parkinson’s, Alzheimer’s, and Lou Gehrig’s

NLY01, which is being developed by Neuraly, D&D Pharmatech’s subsidiary, is an active agent that binds to a glucagon-like protein-1 receptor (GLP1R), and that is used to treat diabetes in the form of an extended half-life, by applying the company’s own pegylation platform.

Prof. Lee said, “Exenatide has been revealed to have the potential to improve exercise deterioration in Parkinson’s patients by Prof. Paulini of the UK, but we did not know what mechanism was involved. The researchers of Neuraly in cooperation with Prof. Ted M. Downson and his research team at Johns Hopkins University School of Medicine discovered the mechanism by applying NLY01 to an animal model with degenerative brain disease.”

CEO Lim Sung-Mook said, “After we observed an increase in the expression of GLP-1 receptors in activated microglia, we applied NLY01. When NLY01 was applied, the secretion of cytokines from microglial cells was blocked, and the transition of astrocytic cells did not occur at all. This confirmed the effect of protecting nerve cells by inhibiting inflammation.”

NLY01 has been shown to act against neuroinflammation, and to have effect on Parkinson’s disease and Alzheimer’s disease, as well as various degenerative brain diseases, such as amyotrophic lateral sclerosis (ALS) (also known as Lou Gehrig’s disease) and Huntington’s disease.

Prof. Lee said, “After phase 2 clinical trial for Parkinson's disease, we will expand the indications for various degenerative brain diseases, including Alzheimer’s and ALS.”

D&D Pharmatech expects a synergistic effect between NLY01, a neurodegenerative treatment, and an image biomarker currently under development by Precision Molecular. Precision Molecuar has been joined by Martin Pomper, a radiologist of Johns Hopkins University School of Medicine, to develop a PET contrast agent that can diagnose Parkinson’s and dementia, based on neuroinflammation. Prof. Lee said, “Instead of simply checking the existence of neuroinflammation, we are developing a quantitative imaging system that is capable of quantitative and quantitative analysis.”

◇ TLY012 targets muscle fibroblast to block fibrosis; the development of indications such as chronic pancreatitis and NASH is expected, as well as quick technology transfer

D&D Pharmatech’s pipeline that is expected to attract as much attention as NLY01 is ‘TLY012’, a fibrosis treatment drug. Fibrosis can occur in almost all organs, including the lung and liver, and has dozens of causes. The fibrosis treatment market, which has yet to have any effective treatment, has grown in size to be worth more than $10 billion.

TLY012 is a pegylated recombinant human TRAIL protein that acts on myofibroblasts that activate various signaling pathways that form scar tissue. If TLY012 is bound to Death receptor 5 (DR5) that has an increased expression in the concerned cell, it inhibits cell activity, and blocks fibrosis signaling.

D&D Pharmatech applied TLY012 to fibroblasts and astrocytes derived from the skin and various organs, including lung, liver, and pancreas, and conducted an experiment to confirm its mechanism and effect. CEO Lim said, “We observed that TLY012 had a specific action on activated cells when we applied it to cells before being activated, and to cells activated by stimulation of stress and infection. We have completed the toxicity test of TLY012 on rats and monkeys, and are now preparing to enter phase 1 clinical trial early next year.

Prof. Lee said, “Based on a successful attraction of investment, we will continue to expand our business by realizing the most promising research item in Johns Hopkins University School of Medicine.” Prof. Lee added, “As many as 10 clinical programs will be conducted next year based on clinical assets that are about to enter clinical trial phases or already under clinical trial. I will do my best to ensure that the company can develop new treatment drugs by harmoniously converging diverse technologies, such as new drugs, image biomarkers, and big data.” 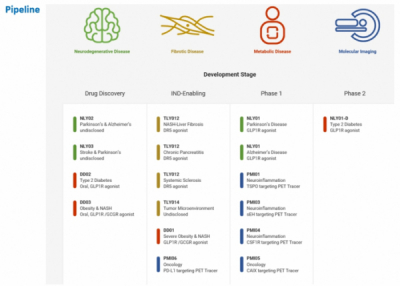