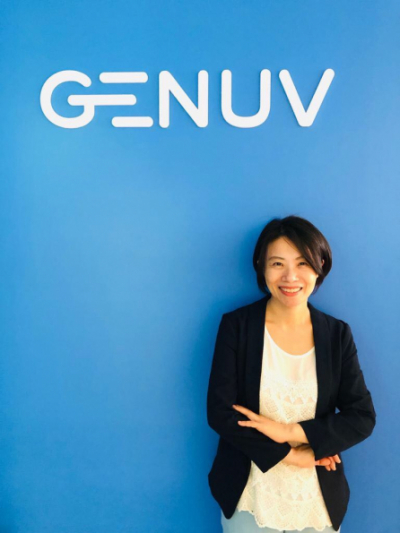 GENUV has revealed its innovative new drug development platforms and strategies three(3) years since its founding. In April, GENUV officially changed its name from Shine Biopharma. CEO Sungho Han explained, “After deliberating on a name that best fits our company’s identity and project goals, we’ve decided on a name that takes its motif from the value of ‘ingenuity’.

Since the company’s beginning, Han has concentrated all resources on developing platform technologies for ‘ATRIVIEW™’ and ‘SHINE MOUSE®’ through open innovation.

Through the use of screening platform technology, GENUV develops new therapeutics for neurodegenerative diseases that allow tissue regeneration and functional recovery through neuroprotection and inducing the differentiation of neural stem cells into neurons. Lead candidate ‘SNR1611’ is a commercially available drug that is currently being developed as a treatment for dementia (Alzheimer’s disease) and Lou-Gehrig’s disease through drug repositioning and is in preparations for phase 1/2a clinical studies both in Korea and the U.S.

Han stated, “Our mission is to be the turning point in the lives of patients by providing innovative new drugs for life-threatening neurodegenerative diseases that have repeatedly failed to find cures. This has led us to take on a totally new approach to finding the cure.

Since its founding, GENUV has recruited numerous experts in the field of antibodies and mouse embryonic stem cells and has developed the transgenic mouse antibody production platform ‘SHINE MOUSE®’ through various research collaborations.

Han pointed out, “Antibody diversity does not simply mean that more antibodies are being made.” An increase in antibody diversity opens up the possibility of producing a therapeutic agent for the undruggable target that cannot be treated with current antibodies. She added, “Our platform will indeed allow us to discover the antibodies that were previously very difficult to obtain against certain targets. We are currently completing the first round of verification and securing additional data.”

GENUV’s strategy is to first develop immuno-cancer drugs using the platform. In this regard, three candidate antibodies are being identified. The company emphasized, “One is the best-in-class drug for an already known target, and the other two are first-in-class drug candidates for new targets with no known treatment so far. 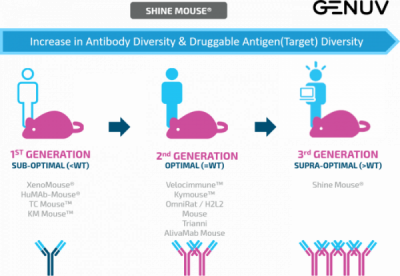 “In the case of neurodegenerative diseases, by the time you visit the hospital when symptoms appear, degeneration is already underway. That is why treatment with the concept of regeneration is needed and why stem cell therapies have emerged,” Han remarked.

She believed that by targeting the specific signal pathway that can stimulate and awaken the microenvironment undergoing degeneration, it would be possible to promote neuronal differentiation for regeneration and thus embarked on the development of the ‘ATRIVIEW™’ screening platform.

ATRIVIEW™ is a drug screening system based on adult neural stem cells from the mouse that allows the identification of the drug(s), which through specific molecular mechanisms acts on a variety of processes to provide neuroprotection and guard cells against cell death while promoting neuronal differentiation, features that can be easily detected in the screening system.

GENUV set up a system closely representing the ex vivo disease environment using neural stem cells obtained from mouse brain tissue. USFDA-approved drugs were screened in the toxicity-induced system of ATRIVIEW™ to identify drug candidates for neurodegenerative diseases and to ultimately elucidate their targets and therapeutic mechanism. Through this method, SNR1611, originally developed as an anti-cancer drug, was repositioned for the new indications of Alzheimer’s disease and ALS.

In March of this year, GENUV has attracted KRW 11.5 billion (USD 10 million) through series B investment and thereby plans to develop new pipelines and secure more patents.

CEO Sungho Han deliberates, “In a short period of three years, we have been recognized for developing the neurogenerative drug screening system and the antibody mouse platform and building a high-potential business model. We will continue to search for more and better therapeutic candidates while actively pursuing global licensing.”