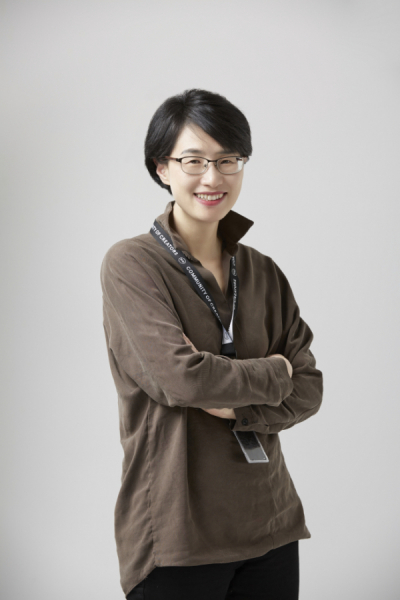 Genopsy is challenging the liquid biopsy market, which has recently gained significant attention.

Genopsy’s cf/ctDNA detection technology uses nanowires and detectors to detect gene mutation in one hour without denaturation or amplification steps. CEO Cho Young-Nam said, “It is possible to detect very small amounts of mutated genes using Genopsy’s technology. In fact, we could identify mutations that have not been detected by tissue biopsy or conventional ddPCR or NGS methods.”

Genopsy is currently developing an automated lung cancer companion diagnostic device and preparing for a confirmatory clinical trial for approval by the Korea Food and Drug Administration (KFDA). Last month, the company succeeded in attracting 10 billion won of Series A investment thanks to recognition of its technological potential and scalability.

CEO Cho Young-Nam said, “We will continue to expand the use of technology to enable early diagnosis and companion diagnosis of various types of cancers. It is expected to be used not only for diagnosis and treatment of patients but also for development of new drugs."

◇ Development of nanowire-based detection technology by reflecting characteristics of ctDNA with a short half-life of less than 100bp: it is possible to complete analysis of ctdNA at a 0.1% concentration within 60 minutes.

If there exist DNA secreted through cell physiological phenomena including death and necrosis of cells in blood and body fluids, they are called cell-free DNA (cfDNA), and among them, those from tumor cells are called circulating tumor DNA (ctDNA). As ctDNA reflect gene mutation, methylation, microsomal replacement, etc., it is possible to diagnose diseases and to predict progress and treatment effects, and it can also be used as a representative biomarker for liquid biopsy.

However, there remain many challenges in detection and analysis of ctDNA present in trace amounts in body fluids. Unlike normal cfDNA, ctDNA exist in a small size of less than 100 to 200bp and have a brief half-life of approximately 30 minutes.

Genopsy uses nanowires comprised of conductive polymer to extract and analyze cfDNA and ctDNA in blood or body fluids. When a nanowire with positive (+) polarity is applied to body fluid, it binds with cfDNA with negative (-) polarity. Here, ctDNA can be detected through the probe designed to detect gene mutation.

CEO Cho Young-Nam said, “If we compare it with competing products in terms of ability to extract ctDNA contained in blood and urine of patients with lung cancer, after conducting analysis by classifying DNA by size, we found that it could extract short DNA pieces as short as 100bp at an efficiency rate of 80%. This means it can be effective in detecting ctDNA with an average size of 167bp.” 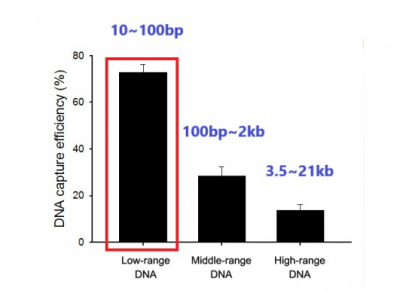 ◇ Get a clue from the unstable structure of ctDNA: it can detect DNA mutation using a probe.

Genopsy developed a concept from evidence that a tumor-derived gene has an unstable and damaged structure unlike gene derived from a normal cell and has developed technology that can easily detect gene mutation in cancer patients with a self-developed detector.

CEO Cho Young-Nam said, “The probe does not bind to a normal gene but only to the target mutated part of a damaged ctDNA. Also, the HRP dummy attached to the probe acts like a bomb to amplify the signal. Even if only a small amount of target ctDNA exists, it can express signal beyond a certain level to facilitate high sensitive detection. If it becomes possible to detect presence of ctDNA at a trace concentration level, we can advance detection of cancers much earlier. It may be possible to detect cancers in early stages, including the first stage. We can provide more treatment opportunities to patients and expect to improve survival period and treatment effect.”

Additionally, Genopsy found that ctDNA could be detected in blood as well as in various types of body fluids such as urine, saliva, sputum, pleural fluid and cerebrospinal fluid. CEO Cho said, “In case of cancer patients treated for a lengthy duration, it is often difficult to find a vein for blood collection. So, I checked if gene mutation could be detected in other body fluids easier to collect than blood, such as urine, saliva and sputum.”

◇ Through clinical trials by researchers, it collected samples of 900 patients including stages 1 and 2: now under preparation for a confirmatory clinical trial for development of an automated device for companion diagnosis.

Genopsy analyzed 900 cases of gene mutation using samples collected from patients with various kinds of carcinoma such as lung cancer, bladder cancer, and prostate cancer. Especially in the case of lung cancer to which targeted anticancer drugs are actively applied, Genopsy’s technology can be used more usefully.

Genopsy is currently developing automated devices by converging IT technology with liquid biopsy platform technology. The company plans to complete the prototype this year and to enter clinical trial early next year. CEO Cho said, “We want to automate the entire processes from hardware to software. When a patient’s sample is analyzed with the automated device, the patient’s profile is accumulated. This facilitates building a database with more accurate specificities in relation to correlation between drugs and gene mutation. This accumulated database can be used as treatment standards in hospitals, and can be applied by pharmaceutical companies in development of new drugs to increase the success rate.”

CEO Cho Young-Nam said, “First, we will conduct blood-based clinical trials. After that, we will continue to conduct separate clinical trials using other types of body fluids such as saliva, sputum, pleural fluid, and cerebrospinal fluid. We plan to expand indications from lung cancer to other types of cancers such as bladder cancer, prostate cancer, and colon cancer. We are also working on collaborating on Genopsy’s technology with global research institutes. We want to advance into global markets to produce substantial results.” 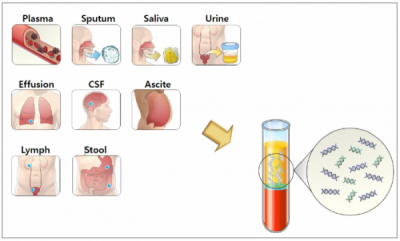