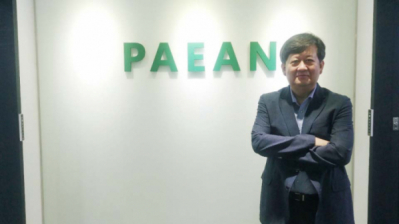 CEO Han Kyuboem said, “The mitochondrial drug has already proven its potential as a therapeutic drug in many cases. Our self-developed technology platform has enhanced mitochondrial transplantation and function enhancement, thus securing its competitive edge as a treatment for diseases such as inflammation, autoimmune diseases, and tumors.”

◇ From CNS to metabolism; relationship between mitochondrial dysfunction and diseases

Substances produced by mitochondria in the process of breathing oxygen and producing energy act as signals to cell activity and survival. An excessive production of reactive oxygen species (ROS) in the products results in genetic mutation and damage to mitochondria. This condition leads to mitochondrial dysfunction, causing diseases.

Several studies have shown that if accumulation of damaged mitochondria increases, incidence of diseases increases, and also revealed that diseases that develop in various organs such as central nervous system, cardiovascular system, liver, and kidneys, are associated with mitochondrial dysfunction. Thus, efforts to treat diseases by restoring and improving mitochondrial function have been continuously studied.

“Various types of mitochondrial targeting agents are being developed, including small molecular compounds, peptides, and even transplants that can be directly injected into mitochondria,” CEO Han said.

In the early years, the company mainly developed therapeutic drugs aimed at enhancing and reinforcing the function of its mitochondria. After a case of a pediatric patient with cardiac arrest, who recovered after injection of 1 billion mitochondria extracted from normal muscular cells into injured myocardium, was released to the public, the expectation for mitochondrial transplants increased.

Based on the close relationship between mitochondrial dysfunction and inflammation, Paean Bio selects inflammatory diseases and autoimmune diseases as targets. Paean Bio's pipelines including PN-101 for multiple myositis indication and PN-102 for sepsis indication are all allogeneic mitochondrial treatments. The company is currently developing treatment that can directly transplant mitochondria by intravenous injection route. The company selects multiple myositis as the first indication and is preparing to enter Phase 1 clinical trial.

Paean Bio conducted a joint study on PN-101in collaboration with Prof. Lee Eun-Young and her research team at the Department of Rheumatology, Seoul National University Hospital, to test the effect of PN-101 on multiple myositis-induced animal models. Through two cases in 2018, in which healthy mitochondria were transplanted into myositis-induced animals and their responses to transplants were monitored, it was indicators of myositis showed improvement. Also, it was observed that expression of inflammatory cytokines was inhibited.

“We are currently conducting studies to test in vitro efficacy and to investigate the mechanism of action (MOA) in human myositis models, and discussing with the Korean Food and Drug Administration (KFDA) regarding clinical IND design,” the company said.

The efficacy of PN-102 on sepsis with high fatality rate and no available treatment was also confirmed by animal models. “After mitochondria were injected into sepsis-induced animals, mortality rate was reduced from 83% to 30%. Mitochondrial treatment drugs are expected to be a new treatment option for treatment of sepsis.”

CEO Han said, “We have seen that increasing mitochondria in NK cells can improve the killing power of NK cells. The company has confirmed that mitochondrial-reinforced NK cells effectively inhibited cancer and that the survival rate of animals was improved four times or more in the animal models induced with acute myelogenous leukemia.” 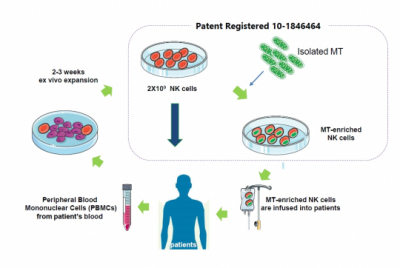 CEO Han added, "Our platform technology with an enhanced penetration efficiency of mitochondria into NK cells enables development of its own pipelines but also to technologically transfer to domestic and overseas companies developing cell treatments including CAR-NK. The company plans to enter the Japanese market where stem cell treatment is allowed and to conduct a joint clinical study on related cell therapy products with a local company.”

Another eye-catching pipeline of Paean Bio is a modified mitochondrial drug. The company deploys a unique strategy of using mitochondria as a 'drug delivery system,' based on the idea that mitochondria can easily penetrate cytoplasm.

Paean Bio has embarked on developing tumor treatments using these technologies. If mitochondria attached with proteins and peptides that induce death of tumor cells are applied to the human body, mitochondria act on target tumor cells.

CEO Han said, “As a result of our painstaking efforts to develop platform technology and secure patents on source technology, we are able to build a solid patent barrier. We will start clinical development in earnest with the investment money that we attracted to advance our pipelines.”