Differentiated from the Mechanism of Action of Existing VEGF-Targeted Therapeutic Agents … “Holding the Original Patent for Eye Disease, Expanding to an Anticancer Agent” 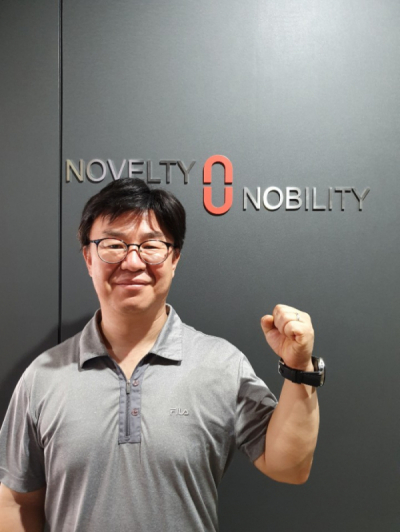 Novelty Nobility, founded in 2017 by Professor Park Sang Gyu of Ajou University, challenges the development of therapeutic agent targeting c-KIT which is capable of curing macular degeneration other than VEGF (vascular endothelial growth factor). Novel Nobility demonstrated for the first time that c-KIT, which is known to have a hematopoietic function, plays a key role in increasing vascular permeability and the generation of new vessels, and then founded a company to produce the new therapeutic agent.

Professor Park Sang Gyu, the President of Novelty Nobility, said, “… we are currently witnessing that the drugs based on VEGF inhibition, which are used as therapeutic agents for wet macular degeneration, produce therapeutic effects below the expected level in approximately 20%~40% of patients. We have identified a new vessel generation factor, c-KIT, and developed a therapeutic agent enabled to target c-KIT to provide therapeutic options for patients dissatisfied with existing VEGF therapeutic agents…”

◇ Identified the Function of Generation of New Vessel of c-KIT for the first time … “Secured Original Patent Right in Korea and in U.S.A. relevant to Therapeutic Agent for Eye Disease targeting c-KIT”

The c-KIT targeted by Novel Nobility is a kind of tyrosine kinase receptor and is a stem cell growth factor receptor known as CD117. C-KIT manifests mainly on the surface of hematopoietic stem cells and is a well-known marker of endothelial progenitor cells.

President Park Sang Gyu and Professor Seo Won-hee of Chung-ang University, who is an outside director of Novelty Nobility, found the involvement of c-KIT in the generation of new vessels and increases in vascular permeability under pathological situations beyond the existing known functions for the first time.

Novelty Nobility identified the mechanism of new vessel generation by c-KIT for the first time and secured the patent rights associated with the “Development of a Therapeutic Agent for Eye Diseases Enabled to Target Signals of SCF/c-KIT” in Korea and the United States.

President Park explained, “…VEGF is a factor necessary for the normal functioning of vessels. Thus, the use of VEGF inhibitors is accompanied by the corresponding risk of side effects. However, C-KIT has the advantage of targeting and does not affect the normal generation of vessels because the manifestation of C-KIT increases only under pathological situations…” 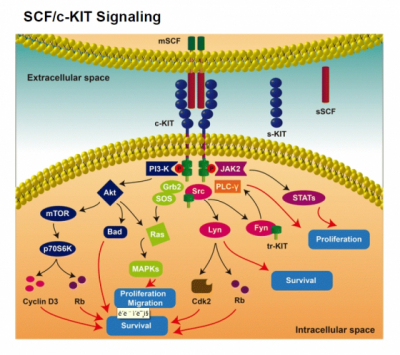 Novelty Nobility selected eye diseases, such as wet macular degeneration and diabetic retinopathy, as the primary target diseases for the application of the c-KIT Antibody Therapeutic Agent.

Currently, Eylea, Lucentis, and Avastin are used as therapeutic agents for macular degeneration, exploiting the inhibition of VEGF. There are, however, patients who experience recurrent or sustained leakage from the application of VEGF inhibitor.

Novelty Nobility completed tests for efficacy and mechanism of action, cytotoxicity, pharmacokinetics (PK), and immunogenicity for ‘NN2101’, the candidate antibody selected through screening and optimization. An animal model of macular degeneration was used for testing to compare the efficacy of the candidate with ‘Eylea’ from where the efficacy, equivalence, or need for further studies, was identified. Besides improvement in the avascular area, new vessels and hypoxia promoting the generation of new vessels were observed.

President Park stated, “… currently, the development of a cell strain is in progress for the production of samples for a nonclinical trial and we are anticipating a clinical trial in 2021 upon completion of preclinical trials…”. 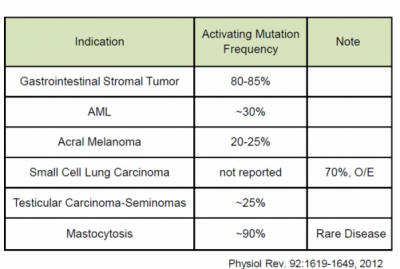 Novelty Nobility intends to develop the C-KIT inhibitor as an anticancer agent applicable to diverse kinds of cancers, as well as an inhibitor for eye diseases. C-KIT is an oncogene and is regarded as the major cause of resistance against anticancer agents and metastasis of cancer. The active mutation is observed in rare diseases and carcinoma, such as GIST, AML, acral melanoma, and mastocytosis.

Novelty Nobility currently develops the therapeutic agent in the form of an ADC (Antibody-Drug Conjugate) which is a combination of the c-KIT specific antibody and a drug. The company explained, “… the antibody developed here has a form capable of effectively inhibiting all kinds of mutations in which the removal of the c-KIT receptor itself would be enabled…”

President Park also expressed his will, “… I have decided to found a company to realize my dream of developing new drugs and I have been focusing on the development of ‘First-in-Class’ drugs, rather than developing biosimilars …”. “We will develop new drugs capable of fulfilling unmet needs in fields by exploiting the most promising antibodies, though several new technologies are appearing consecutively…”