Three things to draw attention to MedPacto this year: Vactosertib, BAG2 and Celloram 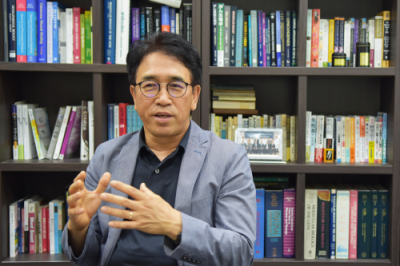 This year, MedPacto will accelerate the clinical development of 'Vactosertib,' a TGF-β inhibitor, and at the same time, will start to make R&D efforts in full swing to enter a clinical trial of the next-generation pipeline 'BAG2 target antibody.'

MedPacto's Vactosertib, a drug that can selectively inhibit the signal transmission of the transfection proliferation factor TGF-β suppressing the therapeutic effect of immunocancer drugs, plays a role in improving the surrounding environment to ensure that immune cells attack tumor cells.

MedPacto is currently conducting a total of nine clinical trials on Vactosertib including sponsor-investigator trials. In the case of Phase 2 clinical trial (Vactosertib + Imfinzi) on bladder cancer approved last December in the U.S., the first administration is slated to begin in April. The clinical trial will be participated not only by MedPacto but also by AstraZeneca and Fred Hutchison Cancer Research Center, the U.S.

MedPacto will release some results of the combined clinical trial on Vactosertib at the annual meeting of the '2020 American Society of Clinical Oncology (ASCO)' to be held in Chicago in late May.

MedPacto is planning to conduct a biomarker-based clinical trial. The concept is to conduct a genetic test on all patients who do not respond to Keytruda and to check if they are well matched to the newly discovered biomarker before treatment.

The target protein BAG2 plays a role in inducing cancer metastasis activity by binding with cathepsin B (CTSB), which facilitates the proliferation, growth, and metastasis of tumor cell in the tumor microenvironment (TME) around cancer tissues. In addition, it promotes cancer growth by suppressing the apoptosis-inducing activity of immune cells.

MedPacto is developing 'MA-B2,' a humanized antibody to inhibit BAG2, which has been discovered through a genetic test on the target protein BAG2. In particular, it is also developing the diagnostic kit 'MO-B2' that can detect BAG2 in patients' blood by utilizing the feature of BAG2 being secreted into the blood.

In the interview, CEO Kim introduced the subsidiary company Celloram for the first time to the public. Celloram, located in Cleveland, Ohio, U.S., was co-founded in 2018 by CEO Kim Seong-Jin of MedPacto together with Dr. John Letterio of University Hospitals Rainbow Babies & Children's Hospital in Cleveland, Ohio.

Celloram develops a therapeutic agent for 'tolerogenic dendritic cells (TolDC)' that induces immune suppression as its main pipeline. It is an immunomodulatory cell therapy that induces the suppression of innate immunity through dendritic cells. Celloram plans to apply TolDC to autoimmune diseases or graft-versus-host disease (GvHD) which appears as an immune rejection, and first confirmed the therapeutic efficacy of TolDC in aplastic anemia (AA).

In the aplastic anemia mouse model, the research results showed that the administration of TolDC to the mice reduced the number of Th17 cells which caused inflammation in the body, while increasing regulatory T cells (Treg), immunoregulatory cells. In addition, the aplastic anemia mice in this model did not show any movement due to anemia symptoms, but they recovered the ability to move after the administration of TolDC.

CEO Kim said, "Our goal is to enter a clinical trial on the therapeutic agent TolDC currently under preclinical development by the end of this year or early next year."