Goals to receive approval for phase 1 clinical trials on CTL treatment(AML) and CBMS treatment(GvHD) and expand the number of pipeline programs to three , and to go public on the Kosdaq market in 2021 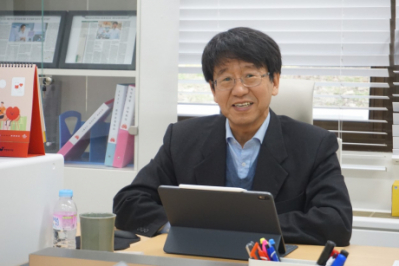 ViGenCell, an immune cell therapy developer, is about to usher in a big change in 2020. The company plans to receive approval for domestic phase 1 clinical trials on the multi-antigen target cytotoxic T cell(CTL) treatment for acute myeloid leukemia derived from a core platform and on the cord blood-derived myeloid suppressor cell(CBMS) treatment for graft-versus-host disease(GvHD) within the first half of the year.

Base on such achievements, ViGenCell will embark on full-fledged preparation to go public on the KOSDAQ market in 2021. The company expects to apply for technology evaluation for listing on the KOSDAQ based on the technology exception policy.

The type of immune cells in the blood that ViGenCell approached first were CTLs. ViGenCell developed the 'ViTier' platform technology, a bio-friendly method to produce antigen-specific CTL by separating monocytes from T cells in the patient's blood, by differentiating the monocytes into dendritic cells, and by presenting dendritic cells that transfect antigens in a form of mRNA in a similar way to in vivo.

The ViTier platform of ViGenCell has three differentiation features. First, ViGenCell transfects the entire mRNA that encodes a 'full-length antigen' instead of a peptide, which is a type of antigen, into dendritic cells and uses it an antigen-presenting cell. It is designed to stimulate T cells by presenting the entire specific antigen as a target. Second, the ViTier platform technology is designed to overcome the limitations of the immune escape mechanism by targeting multi antigens. Third, the ViTier platform which targets viral antigens (EBV, CMV, etc.) and multiple antigens such as universal tumor antigens (Tri) can be expanded to develop treatments for various diseases.

The company conducted researcher-initiated clinical trials for NK/T-cell lymphomas positive for the Epstein-Barr virus (EBV) antigen and the post-transplant lymphoproliferative disorder (PTLD), respectively, by using the ViTier-based platform. In April of last year, the company entered the first phase 2a clinical trial on VT-EBV-N for NK/T-cell lymphoma. As it was designated as a orphan drug last October, it is possible to procure conditional approval when the phase 2b clinical trial ends.

Additionally, ViGenCell is currently expanding its pipeline based on ViTier technology and is developing a therapeutic agent called 'VT-Tri-II' which contains cytomegalovirus(CMV) antigens. It is currently under a preclinical trial stage targeting glioblastoma.

2) ViTier-based multi-antigen targeted CTL treatment: the company plans to receive IND approval for the phase 1 clinical trial for AML patients in the second quarter of this year.

As part of a plan to expand its product lineup to CTL treatments for EBV-related diseases, ViGenCell developed 'VT-WT1', a CTL treatment for Wilms' tumor protein(WT1) antigen target that is often expressed in AML but felt the need to develop a treatment that could target multiple antigens. As a result, ViGenCell developed 'VT-Tri', which could target the following universal tumor antigens frequently expressed in tumors simultaneously: 'WT1', 'Survivin', and 'TERT (Telomerase reverse transcriptase)'. ViGenCell expects VT-Tri-A to be effective in treating recurrent/refractory AML patients. In addition, the company estimates that about 90% of AML patients can be targeted for VT-Tri-A treatment with multi-antigen targets. ViGenCell aims to receive the IND approval for the phase 1 clinical trial for AML patients in the second quarter of this year and plans to expand it to solid cancer patients in the future.

ViGenCell developed the 'ViMedier'-based platform technology that can separate stem cells from umbilical cord blood and differentiate them into CBMS for mass-proliferation. ViGenCell decided to apply the platform to GvHD first to develop ‘VM-G’. In the second quarter of this year, the company aims to receive IND approval for the phase 1 clinical trial for refractory GvHD patients. If the company enters the clinical trial as planned, it will become the first human clinical trial that uses CBMS as a treatment for GvHD.

In the future, the company plans to develop ViMedier-based treatment for immunosuppression in hypersensitivity diseases including atopy or for neovascular diseases. CEO Kim Tai-Gyu said, "We can develop it into 'off-the-shelf' treatment with the 'ViMedier' technology, and we plan to apply for a global license for the technology."

Director Sohn Hyun-Jeong of Clinal Development Division at ViGenCell said, "We had a meeting with 13 global companies at the Biotech Showcase held in San Francisco, the U.S. earlier this year. Those global companies showed much interest in universal-purpose treatments such as ViMedier or ViRanger."