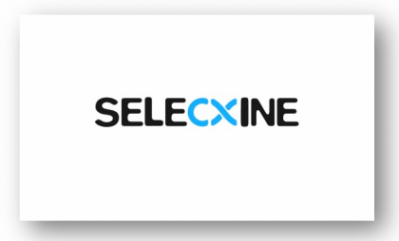 “Selecxine Inc. currently develops the therapeutic agents capable of activating desired function of IL-2 selectively through the conjugation of IL-2 and antibody. Upon completion of the development, the company anticipates to solve issues of adverse effects and short period of half-life of IL-2 simultaneously with increasing the anticancer therapeutic efficacy. This approach exhibits the aspects differentiated from global enterprises employing diverse technologies to modify IL-2.”

Jun-Young Lee, the President of Selecxine Inc., explained the differentiable points of developing therapeutic agents, such as the IL-2, as above. President Lee Jun-yeong founded the Selecxine Inc. on December 28, 2018, upon completion of the development of ‘TCB2’, the IL-2 Specific Receptor (IL-2Rα) targeted Antibody, which solely acts on the Adjustment T-Cells.

Currently, Selecxine Inc. focuses on the development of IL-2-based anticancer agent capable of activating T Cells selectively, which is involved in the active killing of cancer cells. It is a drug conjugating ‘antibody’, that disturbs functions of specific receptor of IL-2, and ‘IL-2’; the development is based on the strategy to reduce reactions of Adjustment T-Cells that disturbs the anticancer efficacy, thereby increases the anticancer efficacy of CD8+ T Cells and NK Cells.

The ‘SLC-3010’, the IL-2/TCB2 Conjugate being developed by Selecxine Inc., has a structure of natural conjugation resulted from antigen-antibody reaction of IL-2 and TCB2, the IL-2 antibody. (It has following characteristics.)

The conjugated form of SLC-3010 does not need artificial works which thereby exhibits less immunogenicity as comparing to competitive drugs, and can induce a higher level of immuno-anticancer reaction with the appearance of selective IL-2 signal transduction.

Second. The Double Action of TCB2

Selecxine Inc. intends to let IL-2 conjugate with “TCB-2”, the antibody of IL-2, for the injection into the body in order to prevent the activation of Adjustment T Cells, that shows the most sensitive reaction to IL-2 injected into a body. The IL-2 Conjugate exhibits selective in vivo immuno-activation, and the TCB2, remaining after decomposition of IL-2, targets and neutralizes the in vivo IL-2, which thereby contributes to the appearance of a consequential double action, that promotes the immuno-anticancer efficacy. That is, the CD8+ T Cells and NK Cells, involved in the killing of cancer cells, are activated, and the respective numbers thereof are increasing in the initial stage, and upon consumption of IL-2, the IL-2 neutralizing antibody remains continuously, and plays the role of reducing the characteristic functions of the Adjustment T Cells.

Third, the Feasibility of Co-Administration with Diverse Kinds of Therapeutic Agents

In regard to the action mechanism of SLC-3010, the tangible anticancer efficacy can be attained from the direct activation of CD8+ T Cells and NK Cells, thereby it is estimated theoretically that it could be administered in diverse kinds of anticancer therapies. Besides, Selecxine Inc. plans the co-administration of SLC-3010 with radiotherapeutics, chemical anticancer therapies, immune checkpoint inhibitors, CAR-T, and neo-antigen cancer vaccines, etc. In fact, the SLC-3010, injected into a mouse with the co-administered specific antigen, manifested significant increase in the value of antigen-specific CD8+ T Cells. The value appeared in a higher level as noted to be comparing to the sole administration of antibody to a specific antigen. Thereby, Selecxine Inc. anticipates even higher synergistic effects which would appear from the co-administration of SLC-3010 with a neo-antigen cancer vaccine.

Selecxine Inc. currently develops injections applicable to intravenous (IV) injection and subcutaneous (SC) injection. The two types of injections were applied to a mouse, wherefrom the IL-2- and TCB2 antibodies reached a (predetermined) constant level of concentration, and commonly exhibited IL-2 remaining 2~3 days from both cases of injections, with the antibodies left and remaining applicable for approximately a week. This suggests a result that both injections rendered the drug-efficacy similar to each other.

Above all, Selecxine Inc. identified the selective immuno-activation of SLC-3010 from the review of animal testing employing mice.

In this context, the results of the animal test of an injection of SLC-3010 into mice rendered aspects of increasing numbers of CD8+ T Cells and NK Cells by 56 times and 30 times, respectively. Contrarily, the increase in the number of Adjustment T Cells appeared to result remaining in the range of 4~5 times. Consequently, the intended immuno-anticancer reaction was expected to be occurring from the rapid increase in the ratio of CD8+ T Cells and NK Cells to Adjustment T Cells.

Selecxine Inc. also successfully identified the anticancer efficacy of SLC-3010 from animal models of melanoma (B16F10), colon cancer (CT26, MC38), and hepatoma (H22, Hepa1-6). In particular, the higher level of anticancer efficacy of SLC-3010, as co-administered with either PD-1 antibody or CTLA antibody, was further identified from the animal model of colon cancer.

Currently, Selecxine Inc. concluded the agreement of ‘Contract Development Manufacture Organization (CDMO)’ with GenScript Biotech, the company producing biopharmaceuticals, for the cooperation in production of specimens for non-clinical- and clinical trials. Based on the agreement, Selecxine Inc. has developed its plan to enter non-clinical toxicity test within this year and to complete CMC and non-clinical toxicity test next year. Thereafter, the IND filing will be followed by the preparation for the first clinical trial, which is expected to be held at the end of 2021.