Cronex, From a Non-clinical CRO for the ‘Jeju Minipig’ → the Expansion into Heterologous Organs

The Company Intends to Expand in Fields of Non-clinical CRO, Distribution of Biological Species, and Business for Biological Data/Heterologous Organs with the Completion of Jeju MIRC 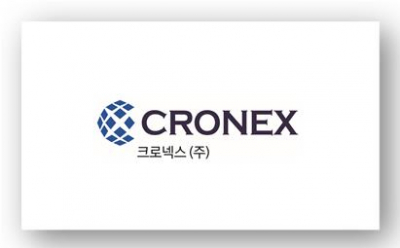 Cronex is a biotech company intending to expand its business in the fields of non-clinical CRO with the exploitation of ‘Jeju Minipigs’, distribution of biological species, and biomaterials/heterologous organs. The company has been growing continuously with a strategy promoting R&D based on secured cash cows. Upon the completion of the ‘Jeju Minipig Research Center(JMRC)’ in 2021, the company is anticipated to accelerate its growth.

President Son Yeong-jun stated, “We have already made inroads into the field of non-clinical CRO to secure stable sales that enabled us to conduct sustainable R&D for the market of heterologous organs ahead”, “the tangible accomplishments therefrom will be available sooner or later”. Cronex was founded in 2012 by President Son Yeong-jun, and listed on the KONEX in 2015.

‘Jeju Minipig’ is regarded as the primary strength of Cronex. The ‘Jeju Minipig’ of Cronex is a miniature pig of medical purposes based on the domestic indigenous species of the pigs on Jeju Island registered in the FAO. The company holds the unique species of the minipig. The Government and University of Jeju Island, and Institution for Promotion of Jeju Livestock Industry etc. participated in the development of ‘Jeju Minipig’ through agreements or conventions etc.

By the ‘Nagoya Protocol on the Access to Genetic Resources and the Fair and Equitable Sharing of Benefits Arising from their use (ABS) to the CBD that became effective, the extent of regulation on the use of biological species including genetic resources has been reinforced. In this respect, Cronex, with its domestic unique species, is free from issues of the regulation on biological species based on the ‘Nagoya Protocol’, and also, the company can secure price competitiveness thereof. Besides, the ‘Jeju Minipig’ is a miniaturized axenic species rendering advantages of mass production through fecundity.

The secondary strength of Cronex is the technological competence in the R&D of heterologous organs based on the ‘Jeju Minipig’. The R&D in minipig, comprising concurrent removal of the genes of rejection phenomena, is in progress by exploiting the ‘CRISPR-Cas12’ technology of the ‘Broad Institute’ in America. In particular, the company has secured the technology of mass production of transformed minipig to meet commercial demands beyond those of research and development.

Cronex deploys its business in diverse fields based on the R&D technology of ‘Jeju Minipig’. The diversified businesses comprise the non-clinical CRO exploiting minipigs, sales of biological species for R&D and experiments, and the tissues and heterologous organs. In particular, the financial stability of company is secured by the business of non-clinical CRO and sales of biological species to prepare for the strategy for the upcoming age of heterologous organs.

In regard to the business of the non-clinical CRO, the efficacy and safety, required in the process of development of new drugs or medical instrument, are appraised by commissions using medium and large animals. The interest in minipigs, manifesting anatomical and physiological similarity to the human body, is increasing continuously as a non-clinical model subjugating limitations in expression of the model of rodents. President Son Yeong-jun explained, “The cases of domestic experiments using minipigs are increasing gradually, in particular, they are frequently found from translational research on new drug development”.

Regarding the business of the biological species, the company supplies the minipigs of the ‘Specific Pathogen Free(SPF) Class’ exhibiting optimized characteristics for experiments identified through the genetic discrimination and verification of pathogenicity. The R&D of minipigs of organs are similar to the sizes of humans and are safe comparing to monkeys to zoonoses are continuously in progress as a source of heterologous organs. Minipigs of the PDX model, as a customized model for patients, are also promoted for the development of anticancer agents. The customized models of the minipigs are expected to become a business creating high value added models.

In regard to the high quality heterologous tissue materials such as medical collagen, lyophilized bone restorative materials, and acellular dermal matrix for skin restoration etc., collected from either the axenic minipigs or the ISO certified facilities, are expected to be delivered to suppliers of medical instruments and pharmaceutical companies. In particular, the company prepares for the global graft market of heterologous organs including cornea or pancreatic islet etc. as well. Cronex also promotes the research and development of the process enabling the removal of genes expressing rejection phenomena using the ‘CRISPR-Cas12’ technology.

◇Cronex, Completed the Build-up of JMRC ... Challenges the Listing on KOSDAQ

Cronex will complete the build-up of ‘Jeju Minipig Research Center(JMRC)’ in 2021. For the center, the Congress of Jeju Island provided Cronex with the land of approximately 9,600 m2 inside the Institution for Promotion of Jeju Livestock Industry through the resolution.

The JMRC will be the largest domestic production/research facility breeding SPF(Specific Pathogen Free)/DPF(Designated Pathogen Free) 1,400 minipigs simultaneously, and has a capacity of providing 2,000 minipigs annually. In addition to the build-up of the center, Cronex intends to add a laboratory for the production of transformed minipigs/heterologous tissues to accelerate relevant research and development.

Cronex has been growing with the sales of an annual average increase of 36%. In particular, compared to the sales of 3.8 billion KRW last year, approximately 200 billion KRW of sales is anticipated with the construction of the JMRC. In 2021, the company intends to be listed on the KOSDAQ. President Son Yeong-jun stated, “Cronex will grow as a company providing biological application and resources through the exploitation of the Jeju Minipig and ‘CRISPR-Cas12’ technology.