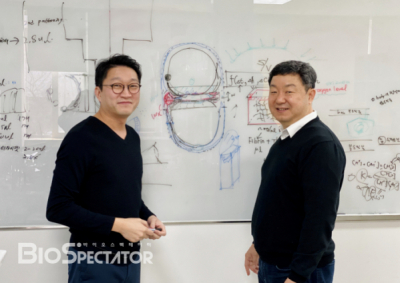 At the initial stage of development of new drugs, introduction of a new model can be a clue to open the gate of unprecedented innovative new drugs. ‘Vertex Pharmaceuticals’ has consolidated its position as a supplier of therapeutics for cystic fibrosis (CF). It is a representative case illustrating the instance.

CF is a fatal disease of fibrosis in lung resulting from destroyed function of cystic fibrosis transmembrane regulator protein (CFTR), an ion channel, due to genetic drift for which no pertinent therapeutics were unavailable. Vertex Pharmaceuticals developed an in vitro 3D model capable of measuring physiological changes of CFTR. It exhibited high reproducibility for actual patients, providing the company with definite clue to the development of new innovative drug.

Vertex Pharmaceuticals released its first therapeutics, ‘Kalydeco’, for cystic fibrosis in 2012. It was succeeded by its fourth product, ‘Trikafta’. Approximately 90% of patients suffering from cystic fibrosis are now enabled to get pertinent treatment. ‘Trikafta’ occupies the highest dominance in amount of sales among 54 new drugs released into the market in 2019.

Curiochips, a new company, espousing the model of Vertex Pharmaceuticals for the development of new drug, appeared in the domestic market. Curiochips intends to make a sophisticated model of ‘tissue-on-a-chip’ with high reproducibility at the initial stage of development of new drugs as a solution to minimize the failure rate of developing new drugs that typically require high production cost. In a broad perspective, the field is called ‘organ-on-a-chip’. Curiochips intends to replace existing in vivo model with ‘organ-on-a-chip’....